You can still find the same steak along with potatoes, and a stiff drink and creamed spinach, the normal menu at your nearest steakhouse which has not changed for more than a century. The contemporary steakhouse came from two direct ancestors. The first is the chophouse and the other is beefsteak banquet. Both emerged in the city of New York City in the mid-19th century. Get the same steak with the same delicious taste served in the same style in Rib’N Reef steakhouse.

The chophouse and the beefsteak banquet emerged in New York because it was only the New York citizens who could afford them. Initially, the beefsteak banquet served as men-only political dishes in the occasions of celebrating political victories or place for candidate fundraisers. The steak that was served then was basically the sliced beef tenderloin. Each slice was placed upon a white bread slice exactly like a sandwich. However, the bread slices were seldom eaten by the consumers eventually stacked besides plates. Ultimately, who will be interested to swallow white bread slices when there is so much of delicious beef is available with plenty of beer?

The chophouses appeared in the mid-18th century in Ney York city and apparently looked a bit more civilised. The chophouse then served to cater to clerks and merchants who preferred a hot meal. One of the celebrated chophouses among the other dusty and dark chophouses was the “cobweb hall” and these restaurants served diverse dishes than that of the beefsteaks. The menu of chophouses included lamb kidneys, mutton chops and strips of bacon etc. These were served with potatoes and obviously with the British ale.

The Old Homestead of the meatpacking district of New York is the oldest steakhouse which is still operational, and it served the first charcoal-broiled strip just after the 1868 civil war. Many steakhouses evolved around those time which is still open. The basic reason for their sustenance for a long time is because they were nicer than the chophouses and could accommodate women. The main menu of these restaurants was hashed brown potatoes, cheesecake and creamed spinach which were often always at the table. The beer was the most preferred drinks in these steakhouses until the Prohibition. The contemporary steakhouses have over the period passed through a long journey which took them years to reach the modern society but with the same menu and taste that prevailed century back.

Know about reef fishing in Belize and its rights of protection

Sat Aug 31 , 2019
The fishing rights in the world are first adopted by the country of Belize. This is a program that is carried out mainly for the small fisheries. The government and the non-government organisations took the responsibility to create a new system where the Belize fishing community can be empowered. The […] 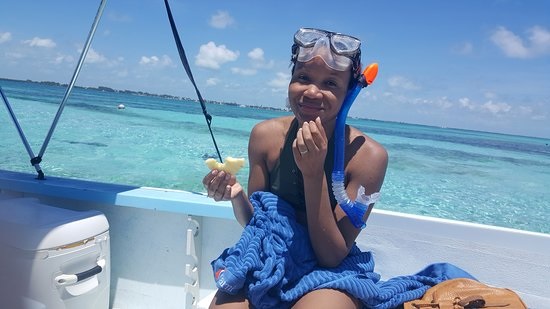 Is it possible to determine future revenue? Try the cabin revenue estimator now!

The Importance Of Lighting Well In Macro Photography

Traveling and Medicare – Am I Fully Covered?