You might consider adding Seattle to your list when looking for a place to settle in. It is famous for its coffee culture, especially with the first branch of Starbucks in the city, the grunge music scene, or because of Nirvana. The city is also famous for its businesses, primarily since the tech industry headquarters are located in this place. You might search around Seattle’s neighborhoods, looking for apartments for rent in Lake City, WA; Capitol Hill, WA; or Ballard, WA.

The first factor on the list when planning to settle in Seattle is its accessibility to navigating locations in the city. The downtown area is easily accessible by foot, bus, or rail, and the many ferries can take you to other neighboring islands to experience a different culture. No matter the location, Seattle and its surrounding towns never lose their attraction to the outdoors or the water.

For the “suburban” motorist, city traffic, one-way streets, and designated bus lanes can be intimidating. Still, transportation services like Uber and Lyft make it simple to enter and exit the immediate city limits. In addition, many residents frequently utilize their “gently used” bicycles to navigate the area.

Another thing to consider when it comes to accessibility is Seattle’s weather. Even though it is located far north, snow is uncommon in the city. Rain is what you can mainly expect in the city. When living and going around Seattle, it is best to have a sweater, jacket, coat, or umbrella around just in case of a change of weather.

Seattle is a bustling and active place. You can expect places to see and do activities everywhere. With over 400 parks and 40 museums, you can not only get outdoor and do recreational activities, but you can also expect to learn about different cultures as you travel through the city.

Seattle also offers places to see heavenly city views. Visitors do not want to miss the view in ‘Space Needle’ with a 360-view of the city from their observation deck. Or, if you want a sweeping view of Elliot bay, enjoying a ride on the Seattle Great Wheel might not be such a bad idea. If you want to enjoy nature, you won’t need to leave the city just to enjoy some recreational activities. From stunning mountain views in Olympic Sculpture Park to witnessing local marine life at Seattle Aquarium, even little ones can enjoy and have some fun at Seattle Children’s PlayGarden.

And for food trips? ‘Foodies’ won’t be disappointed visiting the city. Seattle offers culturally diverse places to eat. Especially with the famous Pike Place Market, where you can experience food, alcohol, and the infamous Pike Place fish toss, all examples of Seattle culture. Hot tip from a local: make sure you take a close-up look at the monkfish in the Fish Market.

Just to say it in advance, living in Seattle is not cheap. Even just staying in the city as a tourist will cost you a room an average of $2000. Seattle’s high cost of living isn’t just related to housing. The cost of living in the city is likewise increased. Seattle residents typically pay a few cents more per gallon than other states. On a typical market day, the cost of gas in Seattle is $3.20.

But when considering moving to Seattle, there are more reasons you should live there. Seattle is known for being ecologically friendly and is also surrounded by lush, evergreen forests. Additionally, its citizens make above-average salaries. According to a new report released this week by the U.S., Seattle is ranked as the 19th most significant city to live in the country. World Report News. The 150 most populated metropolitan regions in the US are classified according to affordability, job prospects, and desirability in the 2021–22 ranking.

Thu Sep 8 , 2022
Dubai, one of the most popular tourist destinations in the world, is known for its luxurious all inclusive resorts. If you’re looking for a dream Dubai vacation that’s affordable and hassle-free, look no further! In this article, we’ll show you how to get all your dream Dubai vacation essentials – […] 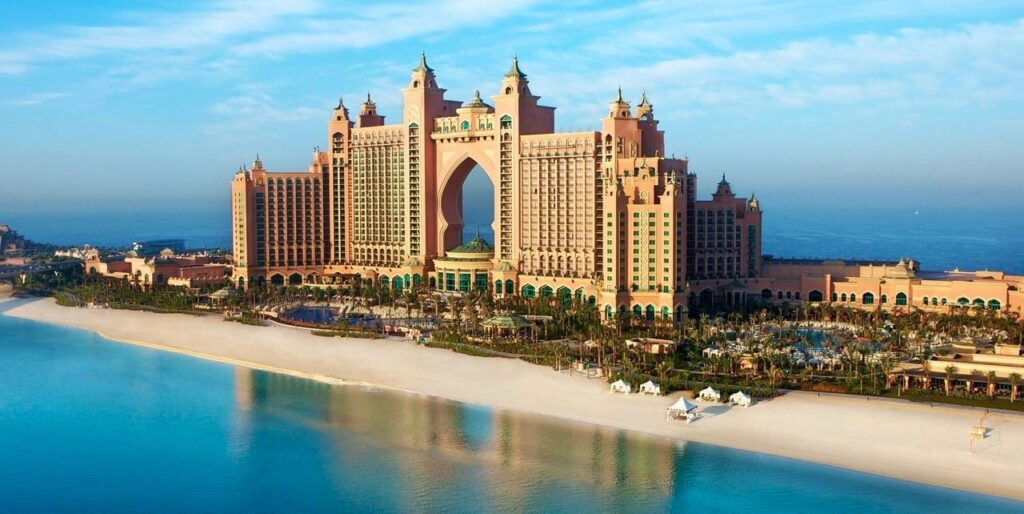 How to Hire a Rental Car in Malaga?

How to plan a perfect vacation

Should I Use a Daily Car Rental? Yes! Here’s Why

5 Advantages of Booking an Apartment for Your Vacation